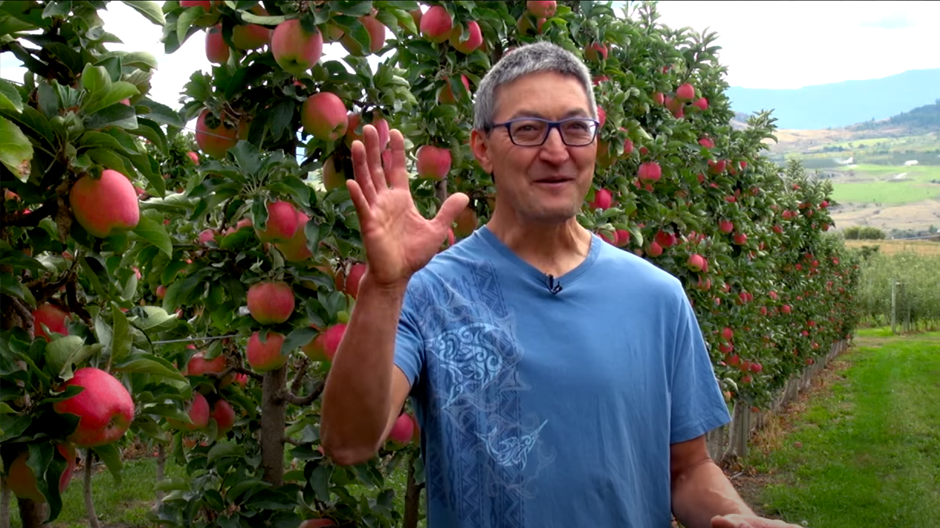 
In the mid 1970’s, an industrial accident put a Japanese immigrant out of work in Vancouver. He moved to the Okanagan and started Ringo-En Orchards. Three generations later, his grandson Tom still operates it. We visited Tom Ouchi in Vernon, BC just as they had started picking Ambrosia apples. Tom shared his family’s story of challenges from his grandfather’s accident to his mother’s internment and relocation during the Second World War. He recalls the importance of the close-knit Japanese community in Vernon during a time when there was a lot of racism against Japanese-Canadians Despite the long history, Tom had no plans to take over the family business when he graduated university. However, when his father became ill, he and his wife decided to return to the farm and take it on. It’s a decision he doesn’t regret saying it’s a good lifestyle and he’s proud to grow healthy food, like Ambrosia apples, for the community.

The AMBROSIA & cross section design trademarks are used under license from Wilfrid and Sally Mennell. This profile is owned and shared with permission by NTFVDC (New Tree Fruit Varieties Development Council).