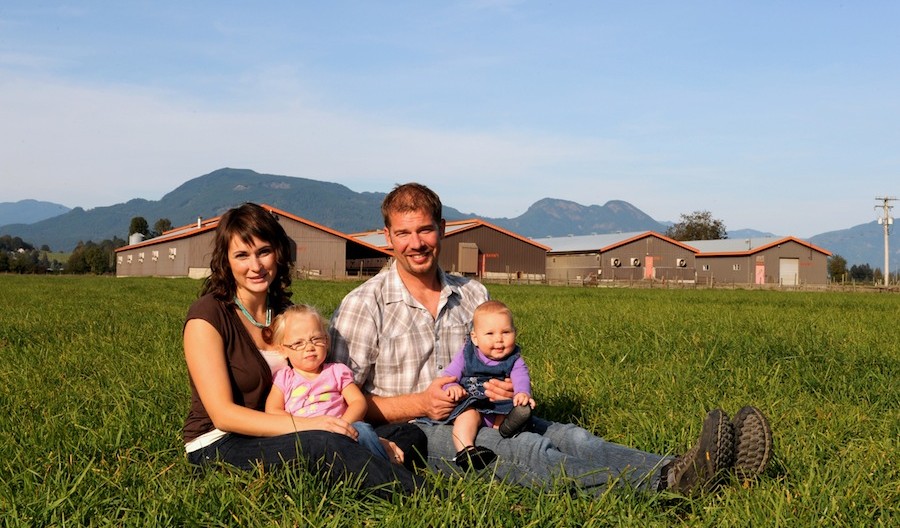 
Farming has been in the Goertzen family for five generations. Their farming heritage began in Russia, but in 1969, Chad Goertzen’s farther started a mixed dairy and hog operation in Chilliwack, BC. In 2007, Chad took over the family farm, Sundance Farms, which is a farrow to finish farm that has 415 sows and sends 10,500 hogs to market every year. They farm proudly for Chilliwack’s Johnston’s Meats.

The Goertzens have extensive knowledge of running their farm efficiently with a focus on the environment, nutrition, and the genetics of their animals. Chad mills his own feed from the best quality grains and believes that the best feed makes a difference in his animals. Chad and his wife, Angela, speak of raising their pigs in a healthy and humane way to keep their pigs “happy, healthy, and clean”.

But while Chad and Angela are proud of how they raise their pigs, most of their pride is in raising their two children, Maddison and Adriel — who love to visit the “piggies” everyday if possible, and show promise of a next generation of Geortzen farmers.